Ella's Kitchen: Do play with your food

Ella’s Kitchen, the UK’s best-selling baby food brand, has launched a new marketing campaign that rejects the age-old, outdated belief that kids shouldn’t play with their food. Eat, Play, Love, from creative agency Havas London, argues that by encouraging babies and toddlers to experience food with all of their senses from a young age, it establishes the foundations of a love of good food for life.

The new brand campaign – its first since 2018 – coincides with Ella’s Kitchen calling on the UK Government to implement the National Food Strategy recommendation of amending the early years curriculum (Early Years Foundation Stage) to include sensory food education as an early learning goal.

It states: ‘Children should start their food education as young as possible, while their minds and palates are still open to new experiences. “Sensory food education” should be added to the curriculum for nursery and reception classes. This teaching method – in which children are introduced to new foods and encouraged to explore them with all five senses – has been shown to increase children’s willingness to try fruit and vegetables’. A response to the National Food Strategy’s proposals is due this month.

Despite this, research* for Ella’s Kitchen has found two-thirds of parents (62%) still tell their little ones not to play with food, while a third (27%) think it isn’t good behaviour. That’s why Eat, Play, Loveaims to educate parents on the long-term benefits of disregarding conventional wisdom to allow their children to play with their food.

The campaign centres around a new film, which runs from today on VOD and social media. In it, a group of babies and toddlers run, walk and crawl toward an installation made of colourful fruit and vegetables, only to be stopped in their tracks by the message it conveys: DON’T PLAY WITH FOOD. Thankfully, they’re below reading age – and there are no adults around to stop them. Forging ahead and clearly in their element, they devour the food by squeezing, playing with, and eating it, until the ‘DON’T’ has been transformed into a ‘DO’ – an altogether healthier message. An accompanying voiceover states: ‘When mealtime is playtime, love for food lasts a lifetime’.

Notably, the film will be distributed via Good-Loop – the purpose-powered advertising platform that unites brands, consumers, charities and premium publishers to create a more meaningful advertising experience. Good-Loop, like both Ella’s Kitchen and Havas London, is a certified B Corporation – companies using business as a force for good by putting both people and planet on an equal footing with profit.

The film – a co-production between Havas Studios and Great Guns – was directed by Ben Brand. It was created by Diogo Abrantes & Chico Barrera at Havas London. Media planning and buying was handled by Havas Media – representing a genuinely integrated campaign for the Havas agencies’ shared client.

A view from Vicki Maguire: Isn’t it time the industry had sustainability of conviction?

Where are all the older women? 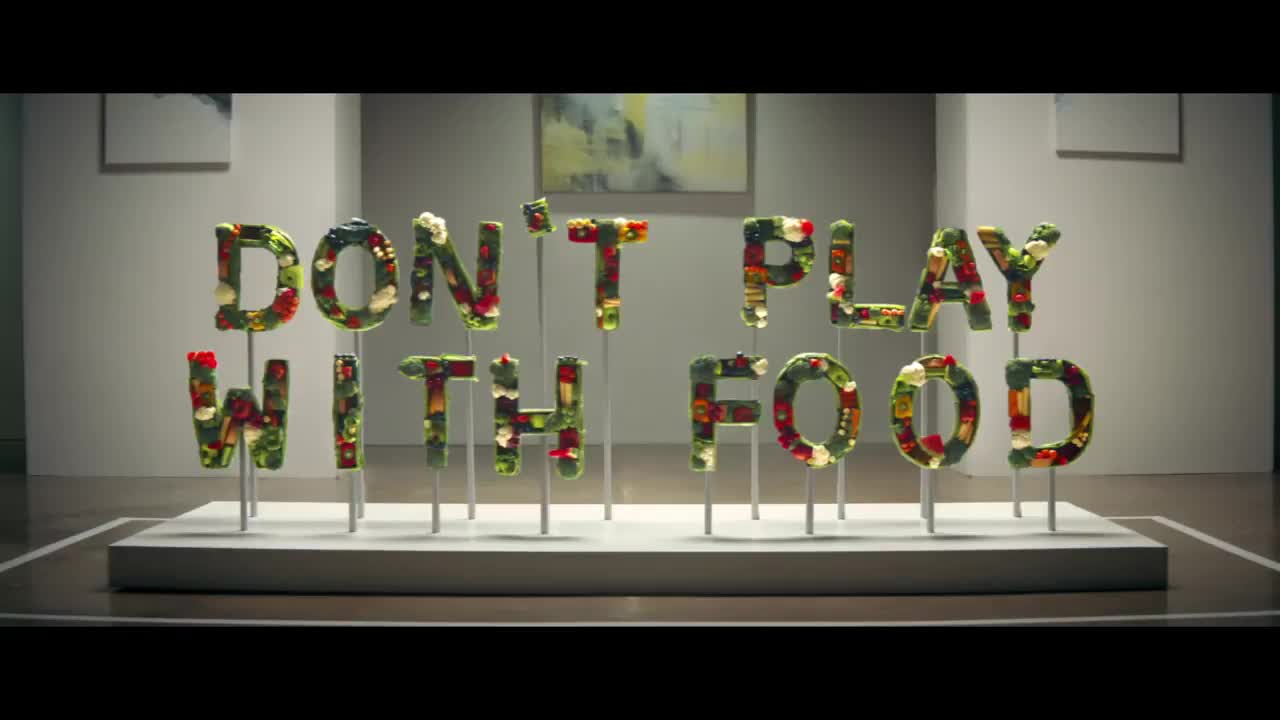 Ella's Kitchen: Do play with your food

Eat, Play, Love, from the UK’s #1 baby food brand, is part of a wider push to add sensory food education to the early years curriculum.