Some words on our Cannes awarded Jigsaw Love Immigration Campaign

When a nation is divided by its decision to leave the European Union, when the subject of immigration is incredibly sensitive, most brands steer clear of taking sides. Not Jigsaw. It was incredibly brave for UK agency The Corner and its fashion brand client (which has businesses globally, including in the US and Australia), to decide to tackle such an emotive subject head-on. But tackle it head on it did. With style, conviction and maturity.

Jigsaw employs staff from 45 different nationalities, uses materials from 16 different countries, and some of its store staff were being racially abused. "By ignoring the issue, we felt we were complicit," the brand said. So it acted, with the "Heart Immigration” campaign that harks back to the old, David Ogilvy days of Madison Square advertising: with a campaign that used copy, and lots of it. "British style is not 100% British," read the posters. "In fact, there's no such thing as '100% British'. Or 100% Dutch, French, American, Asian or European... "Fear, isolation and intolerance will hold us back. Love, openness and collaboration will take us forward."

With a spend of just £200,000, the ads were put up on key billboards in the UK capital, with print, online, social and in-store supporting the work. But that wasn’t enough. The fact is that everyone in the world is mixed race. The Corner and Jigsaw set out to highlight this. They DNA tested all Jigsaw staff and put the results up on Instagram. The Corner's campaign got talked about. A bunch. It was embraced by people on social media, reaching an online audience of 80 million and getting 200,000 positive mentions, with London Mayor Sadiq Khan joining its fans. The poster is even displayed today in the permanent collection at London's V&A Museum of Arts.

We are a modern agency for modern times. A collaboration of advertising, technology and culture, with an appetite for the new.
Follow 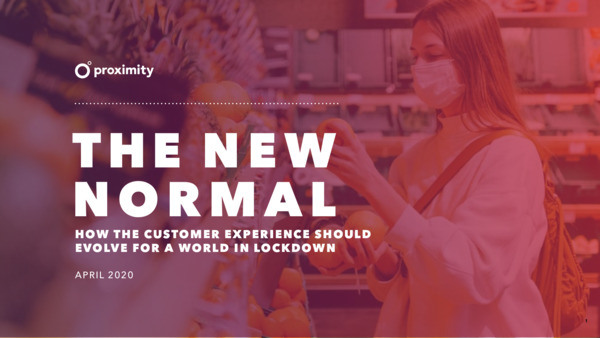 ENGINE
Oystercatchers
We use cookies to help improve your experience. By continuing to browse our website you are consenting to our use of cookies.
Learn more