"Referendum campaigns are just like any other advertising. There’s usually an emotive message, something captivating, inspiring, hopefully creative. Then there’s the boring bit." Alex Hamilton writes for Advertising Week.

Nicola Sturgeon is probably rubbing her hands together in glee right now. She’s pumped up, ready to take on Westminster with what she will no doubt argue is a renewed mandate for a second referendum.

A second indie ref isn’t imminent. But it might be inevitable. And this time will no doubt be different. Both sides have had plenty of practice at these sorts of things by now. We all know how to play the game. And where points are easily won.

I’ll confess right away. I’ve got Scottish blood in me. And I’m not a Yes man. Sure, I could try and play both sides and write a thought-provoking piece that keeps everyone guessing as to where my allegiances lie — but I’m not a politician.

Just because I’m not a Yes man doesn’t make me a raging No hater. I don’t think anyone is misinformed or brainless for voting however they vote. I like to think of our democracy as something naturally occurring, like a tree that occasionally needs pruning. Sometimes it grows in one direction, other times another. It does what it does, and usually for the best.

Having said that, democracy isn’t just about opposing ideas smashing together. It’s about good messaging, clever branding and making sure that your ideas are the widely accepted sort.

I am a little worried about the competence of the people who run these referendum campaigns.

There seems to be a giant echo chamber of intellectuals all sitting around agreeing with each other. This kind of Churchill dog head bobbing is dangerous, it’s certainly not Churchillian. It creates a blind spot that allows the other team to score easy points. It happened with Brexit. It happened with Trump, and it could easily happen with Scottish independence.

Referendum campaigns are just like any other advertising. There’s usually an emotive message, something captivating, inspiring, hopefully creative. Then there’s the boring bit. The details that help justify decisions. If you’re a proud Brexiteer, you might be swooned by the Union Jack, the Queen and the ye olde faithful riff of Rule Britannia. But the details of trade and tariffs and commerce might quickly sober you up.

Of course, that’s what everyone in the Churchill dog bubble believed. The thing is, Referendums aren’t like any other advertising. The decision you make isn’t about a new pair of shoes or what tea you drink. It’s an enormous opportunity for you to play a part in history. It’s a momentous vote, that matters more perhaps than any other vote you’ve ever cast or will ever cast. And because of that, all that left-brained rationalism kind of goes out the window.

When I hear commenters on LBC laughing at the prospect of Scotland having to take up the Euro and pay for its free education entirely on its own, I can’t help but cringe. I cringe harder when they snub Alex Salmonds’ Robert-the-Bruce-channelling political broadcast (though it did make me laugh).

I want to tell these journalists that they’re making the same mistake. That they’re focusing too much on the bubble-think.

Of course, we need a discussion about money and logistics, it’s part of the double-edged sword that is a referendum. But you can’t neglect the emotional side of the campaign, nor should you dare belittle the opposing side’s rallying cry. History says that only makes the rallying cry louder.

If Britain is to stay together, then the clever clogs who end up running the No campaign mustn’t neglect the emotive bit.

The bit that clutches you at the heart.

Makes you part of history.

Makes you unashamedly proud to be British and part of a tested but unbreakable friendship between four nations.

If they resort to spreadsheet tactics. The graphs and the strange numbers that make no sense to anyone. Then old acquaintance shall be forgot. 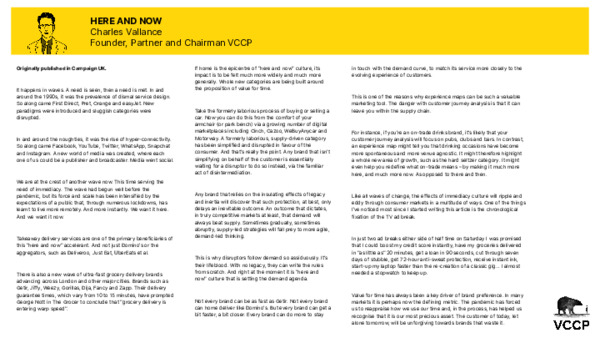