IUCN Save Our Species

The IUCN Save Our Species programme contributes to the long-term survival of threatened species, their habitats and the people who depend on them.

But despite having the highest number of experts, the best data and the largest network of partner NGOs ready for action, IUCN struggled to engage and appeal to donors and private sector audiences. IUCN SOS partnered with Landor & Fitch to transform the brand so that it appealed in a striking and engaging way.

Because in such trying times, saving species is not at the top of people’s minds nor CEOs’ agendas. But saving our own species is. And when one species disappears, our whole ecosystem is at risk. Inspired by this chain reaction process, IUCN SOS’s mission turned into a self-explanatory metaphor: the domino effect. Highlighting the fragility of nature’s equilibrium, it also enabled the creation of impactful, flexible graphics – from logo and individual activation stories, to launch video. The dominoes on the verge of falling, show we can all act to change the outcome – and ultimately: Keep Nature Standing.

Back to Agency Case Studies
Next 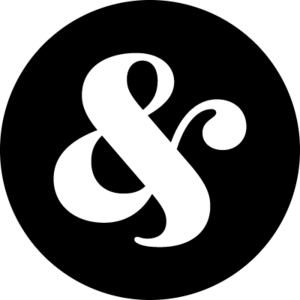 Our ambition is to deliver extraordinary brand transformation for our clients, by design. With Landor’s brand consulting and strategic design capability, FITCH’s experience design and retail consultancy, and ManvsMachine’s leading edge motion design, we are the largest specialist brand and design group in the world. We’re proud to work with clients that include Apple, Bang & Olufson, Barclays, BP, ESPN, Fedex, Huawei, Kellogg’s, Kraft Heinz, Lego, Microsoft, Nike, Procter & Gamble, Sberbank, S&P and Squarespace to deliver brand-led growth. We are a team of over 1,200 curious minds, with 26 teams across 20 countries, working as one dedicated team to make a positive difference for our clients, our communities and the world at large. Landor & Fitch is part of WPP, a creative transformation company.
Follow

Imagine a day without our Fathers

BBD Perfect Storm
Oystercatchers
We use cookies to help improve your experience. By continuing to browse our website you are consenting to our use of cookies.
Learn more