GET READY TO WIN - BUZZ BINGO

With over £1 million worth of prizes up for grabs it's time to practise your #WinFace. Integrated campaign in TV, digital and radio to drive people to Buzz Bingo's Christmas Spinner game.

Buzz Bingo, the UK’s largest retail Bingo operator with a dedicated digital offering BuzzBingo.com, has released its latest advertising campaign encouraging people to share their ‘win face’ as it announces £1Million worth of prizes can be won throughout the festive season as part of its Christmas Giveaway game.

Created by MSQ, the campaign focusses on promoting Buzz Bingo’s new Winter Spinner game – which free to play once a day, and guarantees a prize for each player.

With over a million pounds worth of prizes to be given away over the Christmas period, Buzz Bingo tasked MSQ to create a distinctive campaign to let the British public know that everyone’s a winner with Buzz Bingo.

The ‘Get Ready To Win’ campaign gives a voyueristic glimpse into those private moments where people are practising their best #WinFace.

Created by Rob Bovington & Stephen Webley at The Gate, and directed by Jamie Maule-Ffinch at Bravespark, the campaign will run across across TV, radio, and social from 9th November 2020. The Gate is handling the creative for the campaign, with media planning & buying led by Walk-In Media.

Harry Lang, Marketing Director, Buzz Bingo said: "We’re really excited to be launching this wonderfully fun and light-hearted campaign. As the ‘Christmas Spinner’ game is free to play and our players can get involved every day, we wanted to encourage our customers to ‘Get Ready to Win’ by practicing their ‘Win Face’. The ad really brings to life the anticipation of winning and excitement of playing at Buzz Bingo.”

Jamie Elliott, CEO, MSQ’s The Gate, added: “We’re thrilled to work with Buzz Bingo on this campaign. Everyone being a winner with Buzz Bingo is something to be celebrated and we hope our cheeky campaign brings a smile to many over this festive period.” 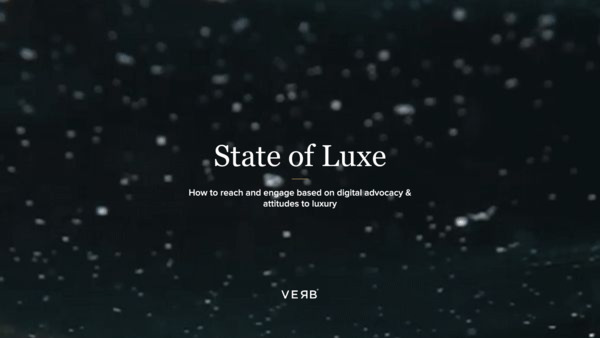 VERB Brands
Oystercatchers
We use cookies to help improve your experience. By continuing to browse our website you are consenting to our use of cookies.
Learn more