Originally published on The Daily Mail. Why every celeb wants to be in the good books! As Idris Elba becomes the latest to pen a children’s story, experts reveal how stars can earn MORE from a bestseller than showbiz – and capture a new generation of fans early.

Penning a children’s book seem to be the latest celebrity tactic for making a few extra pennies with Idris Elba joining the list of famous faces with their own series of children’s books.

While most savvy celebrities always have an eye on expanding their ever-growing empires with endorsements and brand deals, penning a bestseller for the younger generation seems to have become an increasingly popular venture for the stars in the last few years.

It was announced earlier this week that the Luther star Idris, 48, has signed a global deal to write a series of children’s picture books and fiction inspired by his teenage daughter Isan.

He joins a long list of famous faces flexing their star power with their own book series, including royalty like the Duchess of York, bestselling authors like David Walliams and even up-and-coming stars like Emerald Fennell.

Pop culture and branding expert Nick Ede said it had be a status symbol for celebrities who feel it is a ‘savvy way to make money, maintain fame and secure years of royalties’.

Nick suggested the popularity of the celebrity author had been spurred on after many saw the booming success of comedian David Walliams’ book empire.

Walliams has become increasingly well known as a children’s author in recent years.

The Boy In The Dress came out in 2008 and has been followed by 14 more children’s novels including Mr Stink, Ratburger and Billionaire Boy, which have sold more than 35 million copies globally.

At more than £100 million, his book earnings outweigh his showbusiness income and when WH Smith listed its most popular children’s books of 2020, three of his were in the top ten, beating even JK Rowling.

His output is prodigious, publishing at least two books a year, including picture books for younger children and short story collections.

Seven novels have been adapted for TV – which he also produces and stars in – while five have been turned into stage shows.

Walliams has, in effect, become a brand that children will demand as each new title appears.

Other stars to release children’s books include Oscar winning actress Lupita Nyong’o, whose bestseller Sulwe is going to be made into an animated musical by Netflix.

Nick revealed: ‘The appeal for celebrities to write children’s books really has started with the David Walliams phenomenon.’

‘He saw a market where his books could sell but also would have many off shoots from theatrical interpretations, animations, audio books and merchandise.

‘This allows the author to maximise in only a way someone like J. K. Rowling could imagine.'

Nick continued: ‘Stars like Konnie Huq have become best selling authors and even fitness trainers like Scott Harrison are branching into children’s books to educate on healthy eating and excercise in a fun way.’

The branding expert said Hollywood stars could secure ‘years of royalties’ by writing a children’s book which could become a classic for young readers.

He explained: ‘Celebrities like Idris Elba who have mass appeal in movies and TV who can write compelling narrative that children learn from is a savvy way of making money and keeping your fame and securing years and years of royalties.

‘I think it’s a savvy way of staying relevant, building a new fan base and making money and also building a legacy like famous authors from Enid Blighton to Roald Dahl who still have their intellectual properties used for modern adaptions.’

Meanwhile Jamie Williams is Managing Partner at London-based ad agency, isobel agreed, saying: ‘Recently, I think there has been a general move towards celebrity side projects helping to build a celebrities’ brand, rather than just making money for them.

‘This is probably linked to the fact that many celebrities now share their lives with everyone, and the measure of true celebrity power is now very much the number of their followers.

‘As a brand building side project, children’s books seem to fit the brief nicely, because they are definitely seen as a positive thing to do, and they can help engage an entirely new audience, with the chance to gain more followers and more fame.

‘There’s obviously also the fact that just like most other people, celebrities have kids, they read children’s books, and they think ‘I can do this’.

‘And many have the know-how of how to write, and a name that publishers will fight over.’

Meanwhile Andy Barr, CEO and Founder, 10 Yetis Digital, suggested the move could ‘widen a star’s potential reach to new and younger audiences’, adding: ‘This will have the added benefit of softening a personal brand and potentially opening up new, high earning, acting roles.’

HOW DO CEOS USE SOCIAL MEDIA?

Back to Thinking
Next 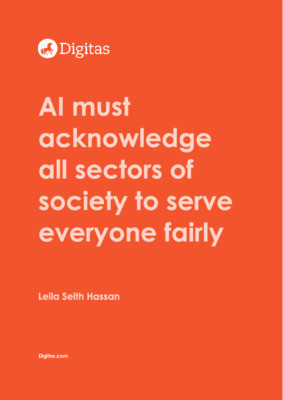