In the latest in Croud's series of Market Insights, we take a look at marketing in Sweden.

With a little help from our Swedish Croudies, we explore the use of digital marketing in Sweden, sharing key dates for your diary.

The normal working week is Monday to Friday, with normal hours being 40 a week with 48 hours being the legal limit. By law, Swedes are given 25 vacation days and parents typically get 48-days of parental leave to split between them.

In Sweden, 'bank holidays' are known more commonly as 'red days' or simply official days off, they are not set in stone, with dates changing yearly. This has given rise to such expressions such as 'employer and employee Christmas', denoting a Christmas holiday that either benefits the employer (fewer days off) or the employee (many days off).

Whilst public holidays result in reduced service, as businesses shut and staff have days off, it's also quite common for the 'day before' holidays to be celebrated too. For example, the day before Christmas Eve or Midsummer's Eve, whilst not official holidays, are commonly celebrated with people typically not working on these days too, thereby considered unofficial holidays within the Swedish community.

A 'squeeze day' is a single working day that falls in between a public holiday and another work-free day, such as Saturday or Sunday. While not official, many people take this in-between day off, and some employers will even stipulate these as holidays. Thus, the week of Ascension is for many considered a 'short week', as the 'red days' will always fall on Thursday, making the following Friday a 'squeeze day'.

It is a common conception that Sweden shuts during the month of July, and some of it actually does, including businesses shutting. Whilst gradually this is changing with people often extending their holidays into August and June, you should not expect much to happen with any speed in July or the adjacent weeks.

Religion in Sweden is very secular, and does not affect the business culture, and neither does it restrict any online activity.

Sweden is however is very egalitarian. The cultural phenomenon 'jantelegan' is based on the premise that you should never try to show off and never presume you are worth more than any other, as we are all equal. Another concept is 'lagom', a word used to denote something 'just right'. Not too much, not too little. Never overdo things.

Sweden has a very strong work ethic - when you go to work, you work. At the same time, you often spend long lunches and coffee breaks (this is the famous 'fika') with your colleagues. Hierarchies are usually very flat with titles not commonly used. Therefore, a lot of emphasis is placed on equality, idea sharing and employees having a say and an impact on the business.

Working hours can vary depending on your industry and work contract. Whilst overtime is not widely common, on some occasions you may be paid more to work out of hours.

Most employees tend to be very loyal, especially within older demographics. Moving around is taken as a sign that you are not happy/good at your work, and by extension not very reliable. Swedish people are used to working with a great deal of autonomy, whilst at the same time avoiding any conflict.

Sweden has taken great efforts to make sure that women and men are treated equally in the workplace. Gender discrimination in the workplace became illegal in 1980, and more recently, The Swedish Discrimination Act from 2009 demands that employers not only actively promote equality between men and women but also take measures against harassment.

Heavy importance is placed on punctuality, which is connected to the view that Swedes are not the most spontaneous of people and take pleasure in planning both their work and private lives. It is considered very disrespectful to be late to a meeting/event, and therefore it's important to communicate if you're running late.

Sweden is the first country to replace gender-specific leave with parental leave. Their 'parental insurance' allows couples to collectively take six months off work per child. Initially, each parent was entitled to half of these days and could transfer their days over to the other parent, but this resulted in 90% of paternity leave in Sweden being used by mothers only.

Google is the predominantly used search engine in Sweden, and searches are conducted in either Swedish or English, depending on the search term.

Social media is huge in Sweden, with Facebook still holding the highest-ranking spot for popularity, followed closely by Twitter and YouTube. Swedish social media users are accustomed to interactive content via mobile which is an important consideration for brands looking to make an impact on this market. Further to this, with Sweden having the third-highest percentage of their population using smartphones (79%) across the globe, it's important to ensure the online content is mobile optimised so that consumers can access it on the go.

With regards to advertising, PPC and banner ads are the most common formats, which are typically shared in Swedish, however, English may also be used if relevant.

There are also strict advertising regulations in Sweden and all claims or statements must be verified. Whilst e-commerce is very firmly established.

Sweden has seen strong retail growth for many years, with wealthy consumers having strong buying power and being well acquainted with foreign brands.

In large cities, shops are open seven days a week, but often close earlier on both Saturday and Sunday. In smaller cities, most shops are closed all day on Sunday, but during the week, retailers' hours are usually 10am - 6pm.

The following days are crucial for retail in Sweden:

To find out more about Croud and how our Croudie Network can help you reach several markets globally, get in touch. 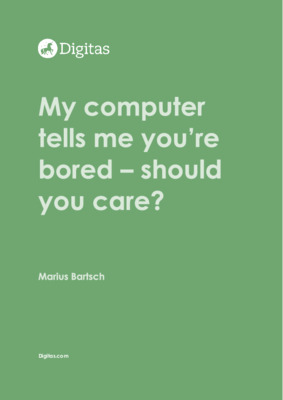